The origins of Camuno wine

Piamborno, the main Piancogno’s hamlet, is located in the middle of Vallecamonica, to the north of Darfo Boario Terme. Characterized by the Davine stream’s impetuous waterfall that flows closeto its historical centre, the village, with its medieval terraces, has been foryears a very important sitefor the production of grape and wine. The pioneer that produced in the first decades of the 20th century the first Vallecamonica wine bottles was the lawyer Maffeo Gheza with the wine Lanzato, whose production lasted until 1980: in particular, the preparing was carried out in the farmhouse’s root cellar until 1973 and, starting from 1974, in a winery built by its son Pietro Gheza, that today is family Bignotti’s property.

All Bignotti’s vines extend along the ancient Voltestreet. The first vineyard, the one next to the family house, is located in what previouslywasthe historical centre of the village, close to the old parish church: from this small site, the entire activity came to life.

Instead, the other plots of land are located above, along the east foothill side: real mountain vines, placed in an uncontaminated environment, far from pollution. Vineyards that, above all, want to safeguard their wine’s authentic values: hard work, territory, uniqueness, biodiversity and tradition. Example of extraordinary beauty and great monuments to man’s work.

The wine-cellars are placed in the village historical centre as well, just a few meters from the Davine’s waterfall. From 1998 to 2017,all the production and refinement processes were carried out in the ancient cellars from the 15thcentury, now used only for the last steps of bottle aging, packaging and tastings. 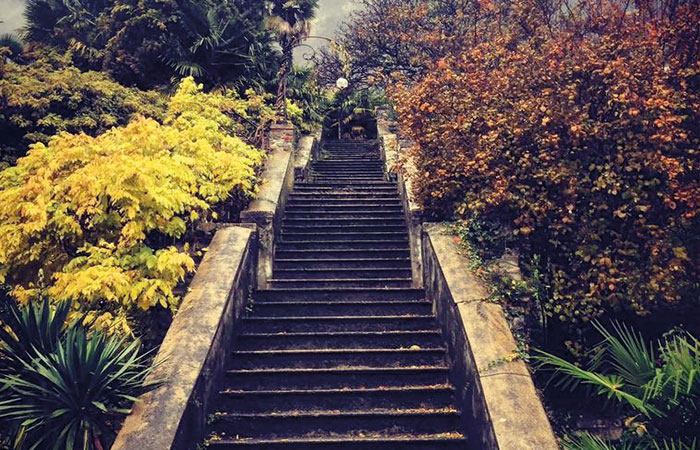 Today,in fact, all the main phases of production and bottling are undertaken in the new winery, that is located inside a luxurious park conceived by the botanist Ottone Penzig in the 19thcentury. It deals with a cellar built in the 1970s, with a single nave carved into the rock. Insideit, it is possible to find two areas: the first department,equipped with steel and concrete barrels for the vinification and the first aging; and the second one,provided with wooden barrels where the produced wines rest until when they are ready to be bottled. 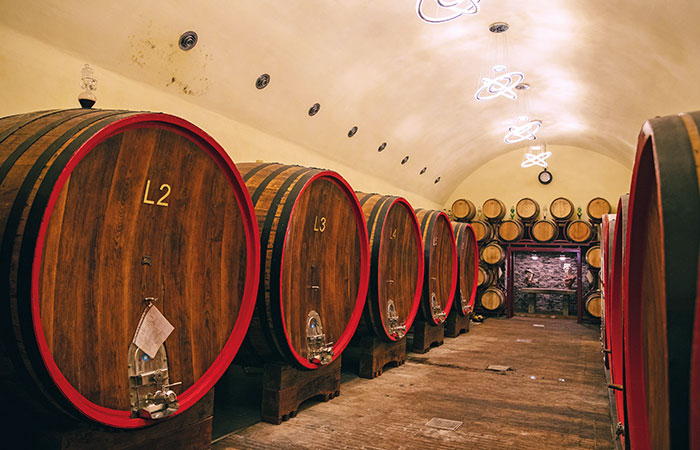 Inside it, it is possible to find two areas: the first department,equipped with steel and concrete barrels for the vinification and the first aging; and the second one,provided with wooden barrels where the produced wines rest until when they are ready to be bottled. Next to the winery there are“the area remuage”, where the refinement of the classic sparkling wine is performed, and the bottling and disgorging laboratory.